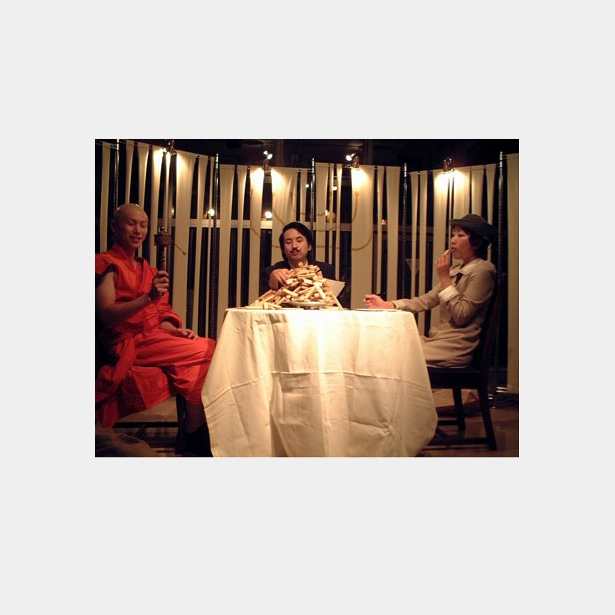 "Protocol of Zion", 2014
O-zi Laboratorium（Kanagawa, Japan）
In 1997, Koichiro Taguchi formed the theatre group, "Keisha Kukan" (Inclined Space). Since 2004, he has presented theatre works in cafes, historical Western-style houses and other spaces that are not normally considered as a "theatre" space. In 2007, he formed "KTMR Kitchen Theatre", occupying a restaurant space in Yokosuka, and in 2009, he formed "O-zi Laboratorium". Since 2012, "O-zi Laboratorium" has been participating in the Koganecho's long-term Artist-In-Residence program. Taguchi was invited by the director, Ms. Hiramatsu to participate in Toga Theatre Festival in 2001, where he received the award for excellence in video production. The new theatre work for the Koganecho Bazaar 2014 tells a story of strange detectives, who try to find a resolution of a strange case. The work explores the basic concepts about motherhood and womanhood, such as anima, mysterious motherhood and great mother.
- Member -
Koichiro Taguchi／Masato Nishiwaki／Shun Suzuki~SAM-SUN~／So Hirano／Yuichi Takahashi
WEB：http://www.h7.dion.ne.jp/~keisha/