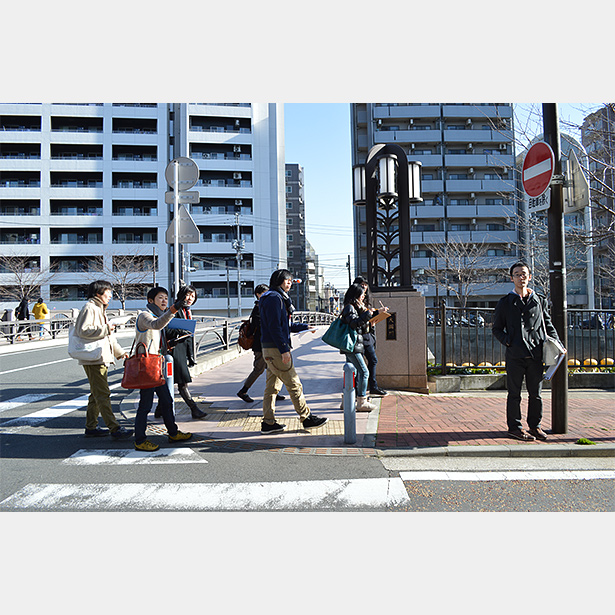 《LOGBOOK》2013
Theatrical Center F
（Yokohama, Japan）
Theatrical Center F have co-founded by Mikiya Ichihara, stage directer, in 2014, and based in Koganecho, Yokohama. The collective is composed by Zyunnosuke Tada( stage director), Masayuki Nomura( Dramaturg), Chikara Fujiwara( critic) and Takako Yokoi( producer). Holding the idea of theatre that people, time and place are met /mixed/cruised, they make works based on the research of theatrical things in usual society and scenery. They involve several kinds of audience to their program, as shown in LOGBOOK which is theater project get outside of the theater venue and sail in the town.
WEB : http://tcf-project.net/